Users can now view race courses, popular running routes and scenic destinations interactively from their iPad while running on a treadmill

BOSTON (November 19, 2012) – Outside Interactive, a Boston-based startup and developer of forward motion video software technology for treadmill runners, today released its Virtual Runner app for the iPad that allows viewers to run popular running routes virtually all from the safety and comfort of their own treadmill. The high definition videos are shot from a runner’s point of view and allow the runner to interactively view different virtual running routes as if they were on the course itself. 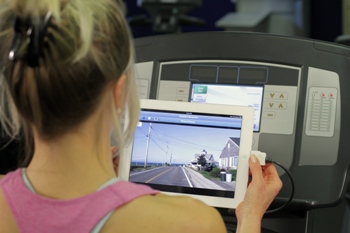 “The idea is to work with any treadmill and iPad,” said Gary McNamee, Outside Interactive’s president and founder. “Running on a treadmill can be a very boring experience for many. Our idea is to make the experience more engaging allowing users to learn different race courses before running the race, or view popular running routes of locations such as Central Park or the Washington Mall, or even scenic destinations such as Bali or the Australian Outback, all interactively while at home, at the gym, or on the road.”

How does it work?

Virtual Runner’s patent pending technology is designed to work with a runner’s existing hardware. No special treadmill is required. The Virtual Runner app is downloaded to an iPad along with selected course videos. A footpod is attached to the runner’s shoelace and a wireless receiver is plugged into the user’s iPad. 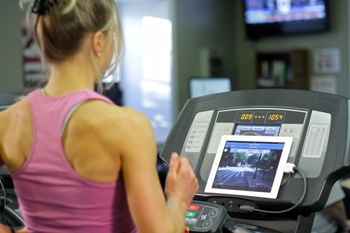 Once the app is launched, there is a brief countdown and then the course video begins to play on the iPad or HDTV using Apple Airplay. While running, the footpod transmits the runner’s stats to the iPad. The receiver then sends this information to the Virtual Runner software, which adjusts the speed of the video. If the runner runs faster, the video will speed up. If they slow down, the video will slow down, all to the exact pace of the runner. In addition, an on screen dashboard displays overall time, average pace, distance run and cadence. Heart rate is also displayed if the user wears an optional heart rate monitor.

The audio component contains the actual natural sounds captured when the footage was shot, which are not affected by speed change. Users can also listen to their music playlist if they choose. Runners have the option of starting anywhere along a given route by mile or kilometer or saved state, so a course can be broken up and covered over several runs. 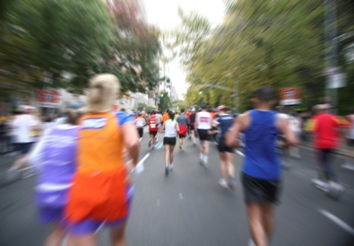 The Virtual Runner app is available for $9.99 at the iTunes Store with the videos ranging from $4.99 to $9.99 and up for noted races and marathons. The app is compatible with accessories utilizing ANT+™ wireless technology. These accessories are what interactively drive the Virtual Runner app. ANT+ is the de facto standard in wireless for sports watches and accessories in the health and fitness industry from such manufacturers as Garmin®, Timex®, Adidas®, Wahoo Fitness® and Suunto®. With these accessories, the user interactively and accurately controls the video speed. If the user does not have or wish to purchase these accessories, they still have the option of manually setting and adjusting the video speed to match their pace by an onscreen slide control.

"We're seeing more and more members working out with their iPads these days,” said Ted Kyranos, Executive Director, of Old Colony YMCA in the Boston area. “Being able to run virtual race courses or even through Central Park or the Australian Outback right on the treadmill here in the Y is pretty compelling. Keeping a member engaged and motivated, it's a great idea." 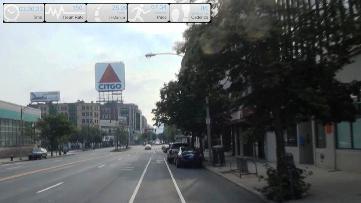 Virtual Runner at the Races

Outside Interactive also hopes to work with interested race directors and race owners to showcase their event in a whole new way by highlighting their race courses on the day of the event, allowing runners to experience the races virtually, on their treadmill at their pace. Viewers can learn the race courses with their landmarks and elevation shifts, relive the race day experience, or run a virtual course they may be unable to travel to. Course videos for use with the Virtual Runner app would be available for purchase and download on the race’s website site, Outside Interactive’s video repository or the iTunes® store.

"Having a chance to preview a course beforehand is a great tool to have," said Dave McGillivray, President of DMSE Sports and Race Director for more than 30 different road races annually around the U.S. "Often people from out of town fly in to run a race and with such a short window, they don't have the chance to see the race course ahead of time. What better way to preview a course than at your own pace while you are on your treadmill?"

Virtual Runner on the Treadmill

Outside Interactive also has developed Virtual Runner to work with user created videos. With the advent of portable action cameras such as the Go-Pro® people can film their own favorite routes and view them when they are stuck inside due to inclement weather, travelling or otherwise. A plan is in the works to offer a video sharing platform on the Outside Interactive  website in 2013. In the meantime, the company plans to continue to grow its library of professionally shot videos of popular running routes and scenic destinations.

To see a sample of the videos, visit the following links:

For additional information, visit www.outsideinteractive.com. A video demonstration can be viewed at http://vimeo.com/26057578.

Outside Interactive is a Boston-based startup and the developer of Virtual Runner for Windows and Virtual Runner for the iPad, revolutionary patent pending forward motion technology solutions featuring famous race courses, popular running routes and scenic destinations, all shot in HD from a runner’s point of view. Founded by Gary McNamee, a lifelong Boston resident, avid runner and serial entrepreneur, Gary developed Virtual Runner after becoming bored on the treadmill and frustrated with not being able to train properly for the B.A.A. Boston Marathon in New England’s unpredictable and often harsh weather. The firm’s products are available at www.outsideinteractive.com. 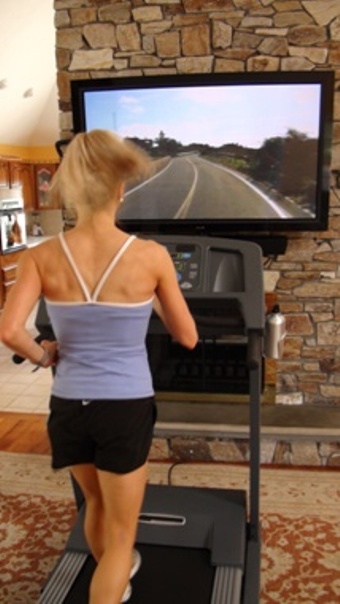